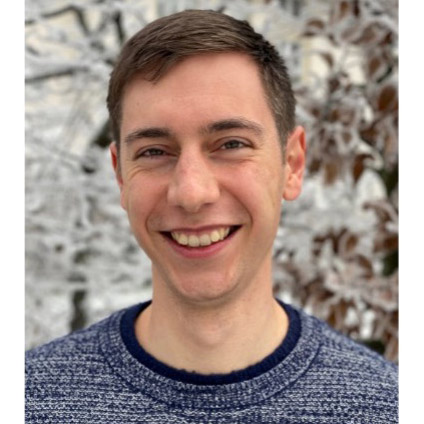 My PhD is focused on the development of the III-V epitaxy of the tandem solar cell that is used to produce hydrogen. My goal is the development of a two-junction solar cell which can generate a photovoltage of 1.6V, which is needed for the electrolysis of water. I use metalorganic vapor deposition on a showerhead reactor to deposit the semiconductor materials directly on the silicon bottom cell. Several challenges are met, starting with the surface treatment of the Si bottom cell in order to obtain atomic double steps in the silicon material. The double stepped surface is crucial to avoid anti-phase domains, which significantly impact the electronic properties of the semiconductor materials. A process that already has been intensively studied by TU Ilmenau is to be transferred to the epitaxy reactor at Fraunhofer ISE. In this approach, a double stepped Si surface is achieved by exposing the Si surface to an arsenic atmosphere in a specific sequence. Furthermore, a successful transfer will result in a faster processing time of the surface in the order of one magnitude.

Right after the surface treatment a GaP nucleation layer is grown on the Si bottom cell. Here, the nucleation quality is to be improved by optimizing the deposition parameters. A possibly restricting property of GaP is the Ga-on-Si back etching which is partially blamed for stacking faults occurring at the Si/GaP interface. The deployment of thin AlP layers between Si and Ga already shows very promising results concerning its ability to avoid these surface defects.

The crystal structures of Si and the GaAsP top cell have a mismatch of 4%. This difference in the lattice constant must be overcome before the top cell can be grown onto the structure. Here, graded (Al)GaAsP buffer layers with a varying As-to-P ratio have already proven themselves to be a good choice for growing lattice mismatched tandem solar cells in previous project. An optimized buffer layer for the GaAsP top cell is developed with the goal for the buffer to be thin and transparent, while also having a very low threading dislocation density.

Finally, the GaAsP top cell with a bandgap energy of 1.7eV and an adapted tunnel diode for good electric connection can be grown onto the buffer layer to complete the tandem solar cell. The thickness and doping concentrations of the solar cell is adjusted to be currently matched to the Si bottom cell to obtain the greatest possible solar cell performance.